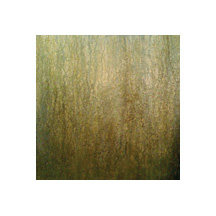 Surface Paintings
Charles Gniech has spent more then a decade exploring the meditative qualities of the prehistoric stone circles of Great Britain. Gniech explains... "Britain is littered with more then four hundred and thirty of these prehistoric sites... most people are familiar with Stonehenge, yet there are areas concentrated with megalithic structures as far to the north as the Scottish Islands, and as far to the south and west as Cornwall. The largest complex of circles is just to the north of Stonehenge, at Avebury." Gniech's latest body of work is influenced by the meditative qualities of the fluid surface-patterns found on some of these monuments. Gniech continues... "I have taken some artistic liberties, in the replication, manipulation and abstraction of the surface patterns found on these massive stone slabs, yet the work continues to convey the serene qualities regularly associated with nature and inner peace."

Charles Gniech’s exploration of the meditative surface patterns—influenced by various prehistoric monoliths—continues with a series of works comprised of mostly neutral color tones. The color shift is based on observations in nature, which seems to relax the human psyche. Paintings from this body of work, continue to be presented in a traveling exhibition titled “Meditative Surfaces.” This three-person exhibition combines Gniech’s paintings with the abstract photography of Maggie Meiners and Mixed-Media work created by Deanna Krueger. The "Surface" Paintings 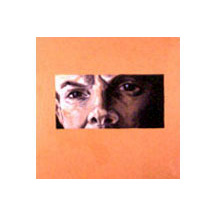 Voyeur Paintings
The following statement is from the press release from the April / May 2005 Solo Exhibition at Gallery 180 of The Illinois Institute of Art-Chicago.

Commenting on his work, Gniech points out that... "Historically, the work has been created utilizing psychological content found within our society. In this most recent series, I utilize an obvious reference to voyeurism. Each painting depicts a figure peering through small horizontal opening which floats in a field of color. The various emotions, shown in the figure's gaze, define a silent interaction with the viewer."

The largest canvas in the exhibition [measuring 30" x 72"] is a shadowy representation of the late Ed Paschke. Gniech, also the Exhibition Curator at The Illinois Institute of Art-Chicago, selected Paschke's work as the premiere exhibition of Gallery 180 in October of 2003. While preparing for the show, Gniech had the opportunity to spend time with Paschke at his Evanston studio, selecting work for the exhibition and photographing the artist. The photographs were used to promote Paschke's exhibition, and later to create Gniech's unusual depiction of the artist. The "Voyeur" Paintings 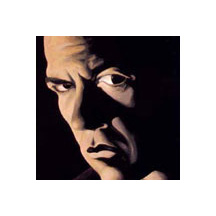 Emerging From Darkness
The following statement is from the press release from the May 2006 Exhibition at The Fine Arts Building Gallery, Chicago.

As you enter the painting studio of Charles Gniech, you are met with radiant light. One wall of the studio is glass yet the light source seems to be coming from the paintings. The relatively dark canvases present luminous figures in fields of dark olive green and black. Canvases are stacked – leaning against the walls – while others hang as though to create a distraction for the painter. They are works that have only recently been completed. Gniech likes to "live with them for a while" before the works are made public.

Attempting to connect to the emotions of everyday people, Gniech paints imagery based on ideas, which are current in today’s society. This body of work, "Emerging from Darkness", seems to be defined by struggle – sometimes subtle and sometime more blatant. The depictions are created with minimal adornments. He uses stark backgrounds of olive green and black to emphasize the solitude of the symbolic figure-of-humanity. Hope can be seen in these paintings. It seems to be defined by the light source that Gniech creates. Often intense, the light is defined as the illumination of truth and knowledge. The "Emerging from Darkness" Paintings 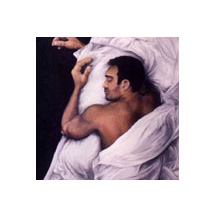 From Darkness
The following statement comes from New York Art Dealer and Collector, Herbert Spiers. The complete version of this statement will be used in an upcoming book focusing on the figurative works created by Gniech over the past decade. "From Darkness" was presented at The Fine Arts Building Gallery in May of 2004

"Charles Gniech's paintings are overwhelming. They are monumental in scope and ambition.

He does not paint stereotypically "pretty" men-though each is striking enough. Through the large muscles and well-sculpted bodies, Gniech explores a lingering melancholy that both contrasts with and attends to the physicality of his subjects. Here on this plain of perception the bodybuilders are dehumanized to some (cultural) degree by the very choice of their form of exercise. Their bodies seem to be in contrast to their ability to realize their full humanity." -- Herbert Spiers -- The "From Darkness" Paintings 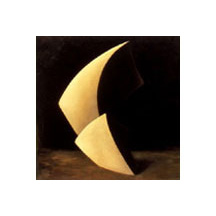 Sanctuary
The following statement was created for the 1998 Solo Exhibition at the Vadanta Gallery, Chicago.

For the past few years, my work has focused on the Stone Circles and Megalithic Monuments of Great Britain. I have explored many of these prehistoric sites. Some of them have been relatively easy to come upon while others were so far removed from civilization that I would find myself on top of a mountain or in a secluded meadow, only to be visited by an occasional herd of sheep. These sites exude an incredible feeling of peace. They radiate something more than the power of the beautiful surroundings on which they have been erected. "Sanctuary" is the result of these experiences. The "Sanctuary" Paintings 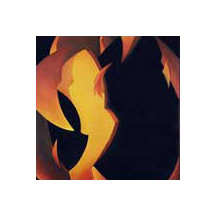 Uniforms
Throughout my life, I have watched, listened, and wondered why we react as we do. We are constantly trying to evoke the illusion that our insecurities are non-existent. We create protective barriers, or uniforms, to deter invaders from the space within ourselves. My paintings symbolize these uniforms, which I observe in the attitudes, personalities and relationships people develop as a source of protection. "Uniforms" Paintings and Lithographs